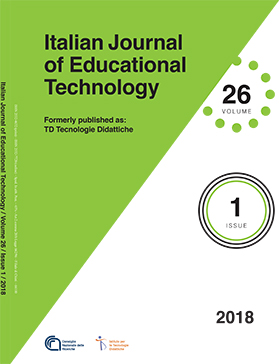 About a decade ago, several researchers used Shulman’s (1986) framework about Pedagogical Content Knowledge (PCK) – a body of knowledge that constitutes a special amalgam of content, pedagogy, learn- ers, and context – as a theoretical basis for developing TPCK or TPACK: a framework for guiding teach- ers’ cognition about technology integration in teaching and learning (Angeli, Valanides, & Christodoulou, 2016). Different models of TPCK/TPACK are proposed in the literature, each with a different focus (on practice, instructional design, context, etc.) and with a different theoretical interpretation about the nature and development of the knowledge that teachers need to have to be able to teach with technology (e.g., Angeli & Valanides, 2005, 2009, 2013; Koehler & Mishra, 2008; Niess, 2005). The two dominant TPCK/ TPACK models in the literature are the integrative model and the transformative model. The integrative model is more closely associated with the term TPACK, and was proposed by Koehler and Mishra (2008). It conceptualizes TPCK as an integrative body of knowledge that is created on the spot by the mere inter- sections between different bodies of knowledge, such as content and pedagogy, content and technology, and pedagogy and technology. The transformative model was proposed by Angeli and Valanides (2005) and, unlike the integrative model, it conceptualizes TPCK as a unique body of knowledge that needs to be ex- plicitly taught by teacher educators. In the transformative model, content, pedagogy, learners, technology, and context are regarded as significant individual contributors to the development of TPCK.

While the integrative and transformative models view TPCK as an extension of Shulman’s (1986) PCK, the two models are based on different epistemological stances regarding the nature of TPCK. TPACK is represented in terms of three intersecting circles, one for each distinct knowledge base, namely content, pedagogy and technology (Koehler & Mishra, 2008), while its subcomponents, i.e., technological con- tent knowledge (TCK), technological pedagogical knowledge (TPK) and pedagogical content knowledge (PCK), are also distinctly examined. So far, empirical findings from this line of research are rather discour- aging, because it has proven too difficult to define the boundaries of the different TPACK sub-components (Graham, 2011).

Angeli and Valanides’ framework of TPCK is conceptualized in terms of five distinct knowledge bas- es, namely content knowledge, pedagogical knowledge, knowledge of learners, knowledge of educational context, and ICT knowledge (Angeli & Valanides, 2005, 2009). Based on the results of empirical investi- gations, Valanides and Angeli (2008a, 2008b) concluded that TPCK is a distinct body of knowledge that goes beyond mere integration or accumulation of the constituent knowledge bases toward their transforma- tion into something new and unique. For this reason Angeli and Valanides have not adopted the new term

TPACK, opting instead to continue using TPCK, because TPACK appears to be more closely associated with the integrative view rather than the transformative view. TPCK as a transformative body of knowl- edge is defined as knowledge about how to transform content and pedagogy with ICT for specific learners in specific contexts and in ways that leverage the added value of ICT (Angeli & Valanides, 2009). Angeli and Valanides (2013) invested extensive research efforts in developing TPCK in the form of instructional design competencies that teachers need to develop in order to be able to teach with technology effectively. A conceptualization of TPCK in terms of design competencies has led to more robust and reliable ways of assessing learners’ TPCK, bypassing measurement difficulties of the nature that researchers who adopted the TPACK framework reported in their studies (Archambault & Barnett, 2010; Cox & Graham, 2009; Graham, 2011).

In this direction, research is being carried out to identify TPCK design procedures for initial teacher educa- tion. In teaching, when transferring TPCK to design and methodological practices, there is a need to con- sider a number of factors, especially: the different modes of adopting technologies; the integration of tool affordances, content and pedagogy; the implementation of learning environments; the operationalization of knowledge; and detailed analysis of teaching models and approaches (De Rossi, 2015; Messina & De Rossi, 2015; Messina, De Rossi, Tabone, & Tonegato, 2017; Messina & Tabone, 2011; 2012).

In an effort to advance the research into TPCK, this special issue of IJET reports on the latest developments in the field, identifying both gaps and findings that indicate potential for future research directions. [...]