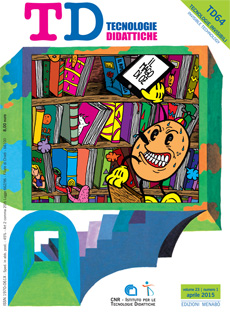 This paper describes the concept of medium as an epistemological explanatory principle. It begins by examining the idea of the invisible and disappearing computer, which is related to the worldwide development of the so-called third wave of computing. The crux of the article is that the disappearing computer is not a consequence of technology, but rather of human psychology. That is to say, the medium can no longer be interpreted simply as a tool or instrument. It is not about optional instrumentality, since, when it functions as a leading technology, it leads to the emergence of new ideas, world-views, social utopia and principles for living. Each new medium transforms the existing societal system into which it emerges. Put simply, digitalization can be a medium, a non-optional way of mediation. It is a general mediatedness (in German Vermitteltheit), that is to say a necessary precondition to any mediated action or to the emergence of new forms of mediation.